One of Barcelona’s most popular places to visit is the Santa Maria del Mar in the Born neighborhood. This is in part due to Ildefonso Falcones’ La Catedral del Mar, which has sold over 7 million copies worldwide. It is one of the city’s most beautiful churches, but it’s the square nestled just outside its eastern wall that we want to highlight today. 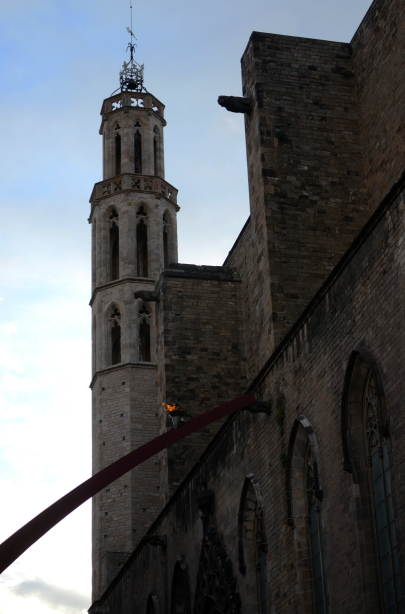 The torch with the Santa Maria del Mar in the background

The square, El Fossar de les Moreres, is unusual if you compare it to others around the city center. Its arching red torch, which hangs over Carrer de Santa Maria, is sure to catch your eye and curiosity. If you happen to see a tour group planted there, you might cozy up to hear what its significance is.

It happens to date back to one of the darkest moments in Barcelona’s history.

Just over three hundred years ago, when the War of Spanish Succession had ended with the Treaty of Utrecht in April 1713, Barcelona, which had accepted Charles III of Austria as its new king — it fell to his forces on October 8th, 1705 — instead of Philip V of France, had come out on the losing side. Philip V was confirmed as King of Spain, renouncing any claim he had to the French throne. 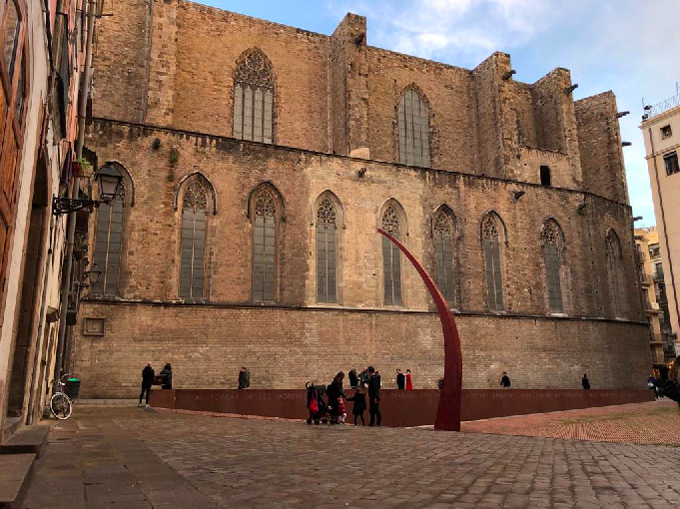 Following the treaty, the city wasn’t ready to give in to the Bourbons. Barcelona ultimately defied Philip V’s surrender demands, as a means to protect its laws and institutions — Philip was keen to abolish them because his plan was to institute a firm government in Madrid with the same laws to be recognized in all Spanish territories. Upon receiving the Catalans’ rejection to surrender, which was written as a declaration of war, the stage was set for the eventual Siege of Barcelona. It began on July 25th, 1713, but the Bourbon troops were unable to capture the city due to lack of heavy artillery. The Catalans held strong for over a year, with help from Mallorca, which sent provisions, gunpowder and ammunition by sea. 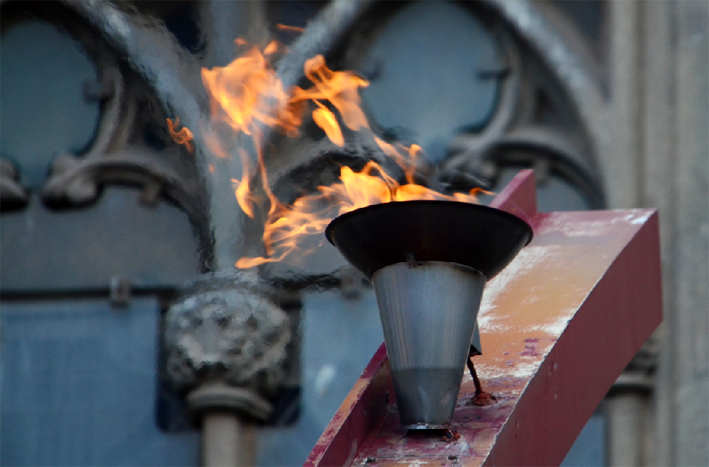 Finally, on August 30th, 1714, bolstered by a 20,000-man reinforcement, the Bourbon soldiers entered the the city. The Catalan defenders, predominantly made up of civilians, fought hard; their homes and way of life were on the line, after all. They were badly outnumbered, though: 47,000 Bourbons to their 5,000. It wasn’t a question of “if” but “when” they would eventually be forced to surrender. The “when” came less than two weeks later, on September 11th, 1714.

The Fossar de les Moreres square was used as a mass grave for the city’s defenders during the Siege. Of the estimated 6,850 casualties on the Catalan side, many of the men and women who perished were buried there.

In the years following the siege, a period of repression began in Catalonia. Philip V wanted to punish what he saw as sedition from Catalonia; Aragon and Valencia received his scorn, too. He abolished all of its institutions — including the Catalan Courts, Generalitat, and Council of One Hundred — and rights, including the administrative use of Catalan. Philip V’s Spain was now a centralized kingdom.

Flower offering at the base of the torch

In 1775, Philip V abolished all paroquial graves within the city for reasons of hygiene, and the city council was forced to convert them, including the fossar, into squares. So as not to lose land owned by the parish, the Santa Maria del Mar had houses and shops built on the square; these are what give the site its shape today. The deterioration of the square in the years after would go on until its historical and symbolic significance was brought into the spotlight during La Renaixença, or Catalan Renaissance. During this period, the events of 1714 roared back into the collective consciousness of the city.

In 1870, Frederic Soler, also known as “Seraffi Pitarra,” a Catalan playwright, brought attention to the fossar‘s importance and paid it tribute by writing a poem. The name of his poem was “Al Fossar de les Moreres,” which is where the current square gets its name from. Its first lines, which are repeated throughout the poem, are what are memorialized along the square today. They go like this:

In the graveyard of the mulberry trees,

no traitor is buried.

Even if we lose our flags,

it will be our urn of honor.

Frederic Soler’s “Al Fossar de les Moreres,” located at the back of the Fossar‘s square

The poem tells the story of a gravedigger, Jordi, whose grandson helped him with digging and filling the grave; neither of them were of age to help defend the city, so this was their service. The poem explains that Jordi’s son was a traitor, having left his wife and son to fight for the French and Philip V. Grandfather and grandson continually promise each other that no enemy nor traitor shall ever be buried in the grave. Burying body after body, they lamented the horrors of the war, which was growing bloodier and more gruesome. Finally, a day arrives when one of those bodies causes the two great heartache: the body of Jordi’s son (Jordi’s grandson’s father), sporting the Bourbon uniform. Jordi turns to his crying grandson, and says, “His crimes drove him away; he was a traitor,” while the grandson asks, “Where will we bury him?” Without a moment of doubt, Jordi answers, “Outside. In the graveyard of mulberry trees, no traitor is buried. Even if we lose our flags, it will be our urn of honor.”

Thanks to Soler’s poem that year, the newly christened Fossar de les Moreres began to be included in the September 11th (La Diada) celebrations from then on. It was the site the city chose to use for the opening ceremony of the Tricentennial of the Siege of Barcelona celebration in 2014.

In 1989, Carme Fiol’s remodeling project for the square was approved and constructed. His idea was to clear out and cover it with amber bricks, in homage to Barcelona’s defenders whose blood was spilt there, creating a space of monumental character and public use. It was done with the idea that, at some point in the future, the facades of the buildings overlooking it would be remodeled; this would take place in 1998. The final touch of Fiol’s project was the planting of mulberry trees.

In 1999, the Generalitat added the Fossar de les Moreres to the Béns Culturals d’Interès Nacional (“Cultural Assets of National Interest”) list. In 2001, the war memorial — a red oxide steel torch and a polished red granite wall — designed by Alfons Viaplana was built. The torch is kept lit day and night, in honor of the victims of the Siege. The wall, which separates Carrer de Santa Maria from the square, is where you will see the words from Soler’s poem inscribed; there’s a plaque hanging in the back of the square, too, with these words memorialized.

Starting in 2002, the 1714 Memorial Association visits the Fossar every Sunday and places a bouquet of flowers, along with the Catalan flag, in a recipient on the base of the torch.

The importance of what happened here is clearly not lost on Catalans. The fact that the city continually pays tribute to the victims of the Siege shows how much pride Catalans feel when they recognize the sacrifices made in order to defend their way of life. 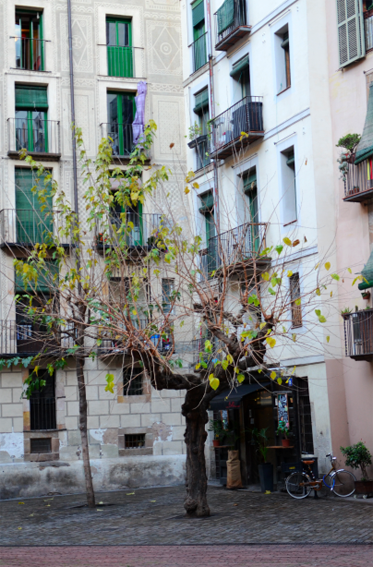 With all of the tourists who come to Barcelona, amongst other things, to visit the Santa Maria del Mar, we think it’s equally worth it to take time to visit the neighboring Fossar de les Moreres and give it the reverence it deserves, too.