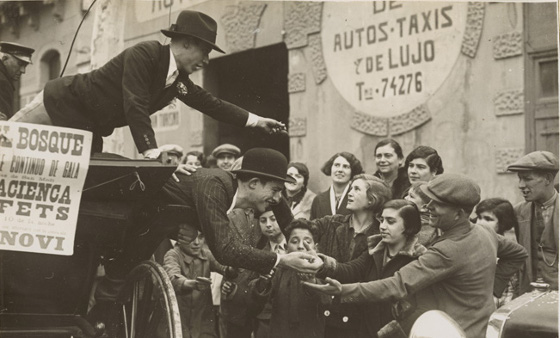 A Sant Medir colla giving away candy during the parade (1932)

Every March, Barcelonians celebrate Sant Medir by holding parades through the streets and throwing candy to the children. But who is Sant Medir and why is he celebrated?

In the year 303, during the reign of Diocletian, lived a good peasant, named Medir. As we described to you in our Santa Eulàlia story, this period was one of brutal Christian persecution. One of them, the Bishop Sant Sever, decided to flee from Barcelona when he felt he was in danger and fled to the Collserola Mountains. 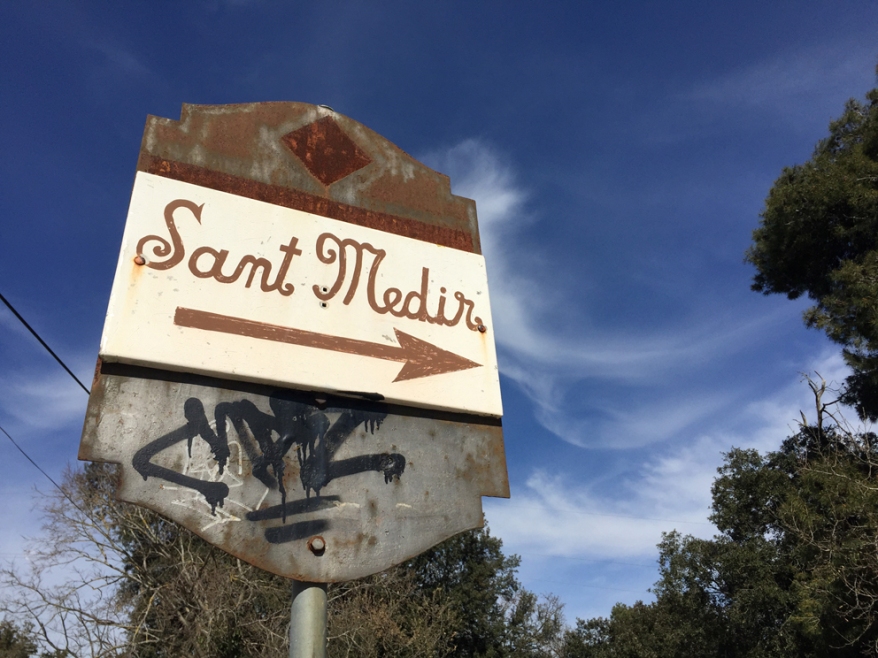 On his way, he came across Medir near Sant Cugat del Vallès, who was planting beans. The bishop explained his situation to Medir and, having decided to die for his faith, asked him to tell people the truth about what happened to him.

As Medir went on planting, Sant Sever continued on his flight. The curious thing is that, not long after the bishop left, Medir’s beans began to grow and flower miraculously!

When the Roman persecutors came by Medir’s farm and asked him about the bishop, they didn’t believe Medir’s story. They thought the peasant was having a laugh at their expense. Once they had finally captured Sant Sever, they made it a point to return to the farm and capture Medir. He and the bishop were imprisoned and tortured to death in Sant Cugat.

It is due to this story that Sant Medir is one of Sant Cugat’s patron saints and has so many devotees in Barcelona.

Thanks to one of these devoted Catalans, the festival that is seen today began.

In 1828, Josep Vidal i Granés, originally from Sant Cugat, had a bakery in Gràcia at Gran de Gràcia, 111. He was a sickly man and prone to intense attacks of pain. One day, after one of his worst attacks, Josep entrusted himself to Sant Medir, promising him that, if the saint would cure him of his illness, he would make a pilgrimage to the Chapel of Sant Medir every year, on March 3rd, which is the saint’s day. In doing so, he would try to spread the devotion to Sant Medir.

By 1830, Josep was cured, and he knew who was responsible. He also knew that he had a promise to keep. So, on March 3rd, 1830, Josep made his first pilgrimage to l’Ermita de Sant Medir (Chapel of Saint Medir); he was accompanied by two musicians, a bagpiper and a drummer, as he paraded through the streets of Gràcia before heading for the Collserola mountains.

Each year afterwards, the pilgrimage became bigger and bigger, his family and friends joining the ranks. It began to include other groups of people, too, which later organized themselves into colles (groupings).

Upon returning from each pilgrimage, Josep would throw beans to the public as a tribute to the saint, who, according to legend, would sow them. Over the years, the beans were replaced by candy. This is why, today, the celebration is called the Dolça Festa (Sweet Party).

The holiday is held on March 3rd each year. This changes, however, when the 3rd falls on a Sunday, as it happened to in 2019. When this is the case, the holiday is pushed to March 4th.

The official mass at the l’Ermita de Sant Medir in Sant Cugat is always held on the Sunday before the festival, which means on February 28th this year. Once the mass is finished, the commemorative lassos are tied to each of the participating colles‘ flags. Traditionally, there are also sardanes (Catalan music and dancing), castellers (human towers) and an outdoor picnic.

The neighborhoods that celebrate this festival are Gràcia, Sarrià-Sant Gervasi and La Bordeta. The Gràcia and Sarrià-Sant Gervasi celebrations are held first. They organize parades of horse-drawn carriages, floats and trucks that pass through the streets gifting the children with loads of sweets.

On the days following the parades, the colles each make their pilgrimage to the chapel in Sant Cugat.

The festival finishes its celebration in La Bordeta on the following Sunday, March 7th this year, with a parade of the colles through the neighborhood and a gathering in front of the Parroquia de Sant Medir. There is a day of castellers in honor of the saint, with colles castelleres from Sants, Vila de Gràcia, Sarrià and, of course, from Sant Cugat.

As you might have already guessed, most of the Sant Medir festival activities have been suspended due to the coronavirus pandemic. 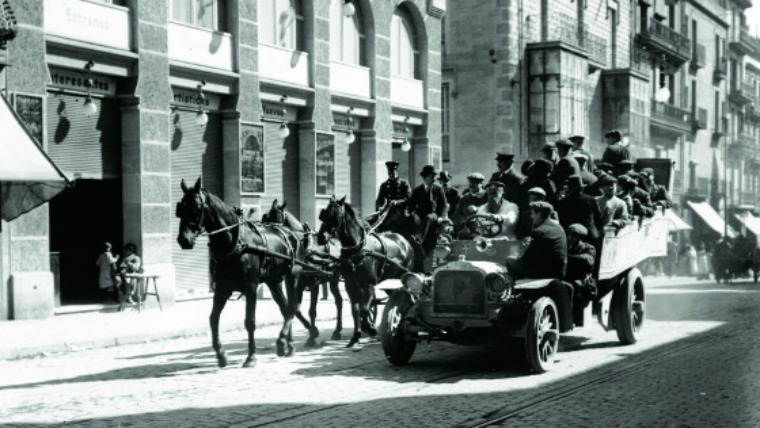 All other photos by ISABEL TROYA