Art Photo BCN is back for its sixth year, and the Arts Santa Mònica is playing host. This emerging photography festival is aimed at both professionals and students, but is also for those photography aficionados who just want to admire the work. The festival isn’t just an exhibition. It also includes a more extensive programming of activities such as professional trainings, workshops and roundtable discussions.

The goal is to break the classical approaches to photography, create a space for meetings and dialogue, and promote interaction and cooperation amongst the participating professionals, galleries and photography schools in Barcelona. More importantly, Art Photo BCN hopes to help the participating photographers reach a turning point in their careers by highlighting their work at the various exhibitions.

The festival technically runs from April to June, but the majority of the action will take place at the Arts Santa Mònica during the first weekend in May. Aside from this, there are seven featured exhibitions around Barcelona. They are:

1. Laura Van Severen’s “The Arrangement of Unwanted Features” at FUGA (Fontrodona, 31) from March 29th to May 16th 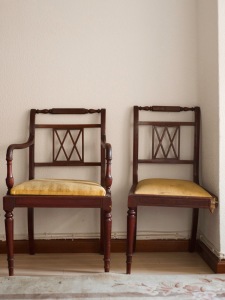 There is a lot to see and plenty of time to take full advantage of the festival! Don’t miss out on a great opportunity to see the latest in professional photography!