CarrersBCN is a project that started in June 2017. It began as an Instagram account, the idea being to give our own unique perspective of Barcelona’s streets and to allow people to become as inspired by the city as we are. After about a year, we decided to expand the concept to include this blog.

As someone who’s not from here, and having called Barcelona home for 5 years, the idea for this blog is to show people, both Barcelona natives and foreigners alike, why this city is so special. Pictures are worth a thousand words, they say, but we don’t want to stop there. We want to provide the words to accompany the photographs in order to delve deeper into the stories Barcelona offers up freely as well as the ones it keeps a little more hidden.

We hope you enjoy the pieces we offer you on our site.

Thank you for visiting!

Emily is a University of Minnesota graduate with a bachelor’s degree in Journalism & Mass Communication and a minor in Cultural Studies & Comparative Literature. She has worked in the newspaper and TV broadcasting industries. Her passions include travel, culture, sports and, most importantly, writing. Living in Barcelona since December 2013, she feels that she’s found the perfect city for her. 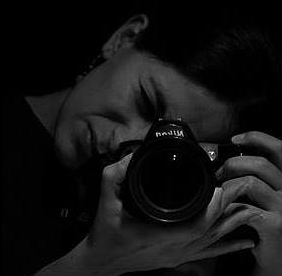 Isabel has been a professional photographer for almost 20 years. She graduated with degrees in Social Communication and Advertising at UDLA in Quito, Ecuador. She has worked at Revista Vistazo, Diario Hoy and Revista Vanguardia in Ecuador. She also worked at the National Institute of Statistics (INEC) as a photo editor, taking touristic photos of Ecuador. She went on to work as photo editor at the Ecuadorian Ministry of Sports. Isabel, who has been living here for about six years, is continually inspired by Barcelona and its culture.

Danielle is a freelance writer and content creator. She is always looking for new opportunities and new things to learn.  She’s been living in Barcelona for almost two years and falls more in love with the city every day!